When parents of little kids get together, they talk about all sorts of things… milestones, funny things the kids have said, health concerns, you name it.

When parents of dogs get together, they talk about all sorts of things… milestones, funny things the pups have done, health concerns, you name it… and poop.   For some reason we talk about our dogs’ poop habits.

Millie, our Kelpie or Kelpie mix Georgia rescue has never, not once, had an accident inside the house.  (She did take a dump inside a friend’s garage, but that’s a story for another day.)  She is fastidious in her habits, and her preference is to both pee and poop while carrying her ball into the woods out back of our house.

Mr Budro, our 11-year-old wirehaired dachshund is completely housebroken – when he wants to be, and when he’s paying attention.  However, as the dinner hour approaches, he can get a little excitable and may end up dribbling throughout the house if we forget to put him outside during that pre-dinner time period.  Other than his beloved mealtimes, the whole pee and poop process is the highlight of Buddy’s day.  He’ll rush outside and immediately pee.  Then he’ll run over to pee on top of Rudi’s (dog #3) pee and then circle looking for any other pee to pee on top of.  Eventually he’ll poop, and then circle back looking for more pee to cover.

Rudi is a dachshund/mini Schnauzer mix for whom the whole world is a toilet.  He knows he’s supposed to go outside, but he seems to figure, well when a guy’s got to go, he’s got to go…. which has led to some annoying – and embarrassing – moments.   Which are another story for another day.  (You see, we do have poop stories about our dogs…)

Anyway, Rudi is the pup in the Non Sequitur comic above.  Once outside, he’ll immediately pee on the fencepost, in my herb garden (which I’ve given up on), or on one sad little bush that is slowly withering away.

Then he runs around sniffing for squirrel tracks, investigating any other current event his little nose can pick up, and after an absolutely interminable period of time will start circling.  Round and round he goes, in one tight little spot, trying to get the exact placement of where he’s going to poop.  Hop, hop, twirl… a full turn.  Hop, hop, twirl… another full turn.

And then Buddy runs over and pees on it.

As far as we know, this little ritual only takes place outside.   The process takes so long, there’s no way Rudi could pull it off in the house without one of us being aware and catching him in the act. 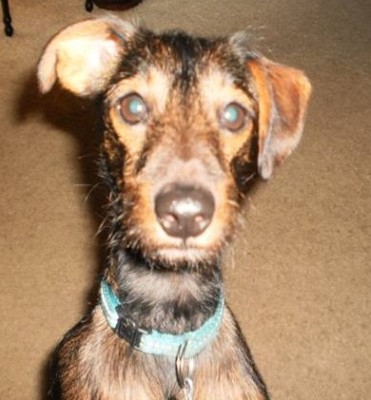 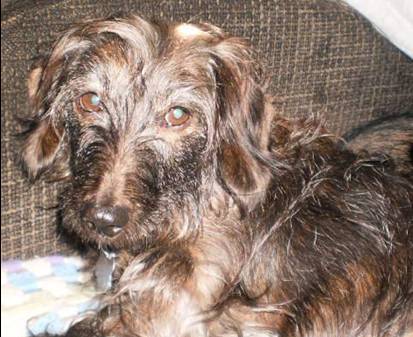